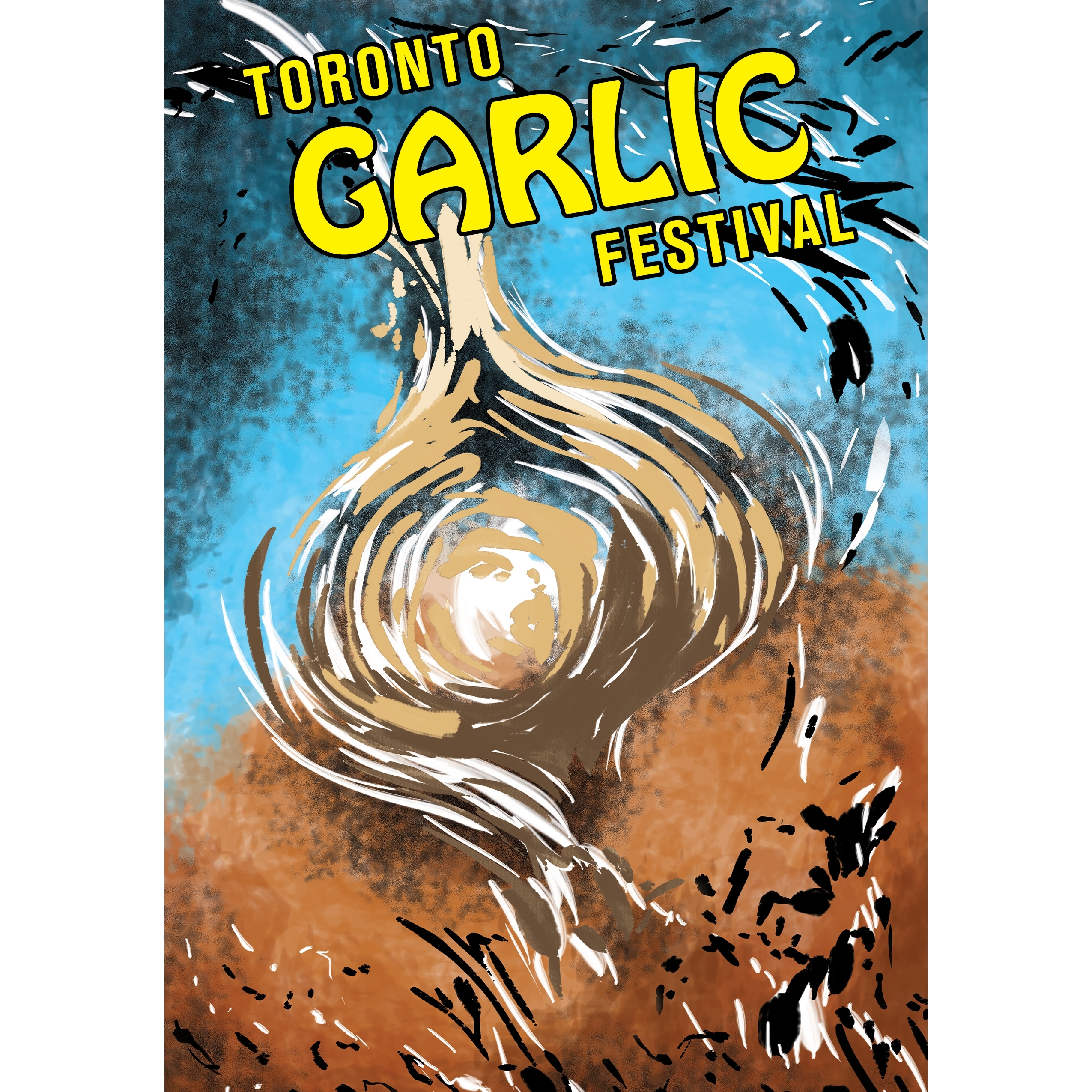 Posted at 14:48h in Uncategorized by admin
0 Likes

Every year the Toronto Garlic Festival re-imagines the garlic bulb in a new and creative way for its annual marketing campaign.  In previous years we hired artists and graphic designers to depict a garlic bulb abstracted as a scoop of ice cream (2013),  a hot air balloon (2014),  a globe of  the world (2015),  a light bulb (2016) and a garlic bulb painted in the Woodland style by First Nation artist Stephen Snake. This year, in a salute to the late Canadian artist Richard Hambleton (June 23, 1952 – October 29, 2017), who joined the New York City art scene during the booming art market of the 1980s as part of the group including Keith Haring and Jean-Michel Basquiat, Canadian Graphic Artist Alyssa Cooper was commissioned to create the 2018 garlic bulb for Toronto Garlic Festival promotions. Reminiscent of Hambleton’s mysterious Shadowman paintings, a splashy shadow garlic figure is imbued with bold colours representing earth, sun, sky and the mysterious garlic bulb being pulled from the ground. The 1980s time period in which Hambleton gained notoriety for his graffiti street art was also the period in which Ontario was being recognized as a significant garlic grower. Alyssa Cooper’s work can be found at her website, www.alyssacooperarts.com