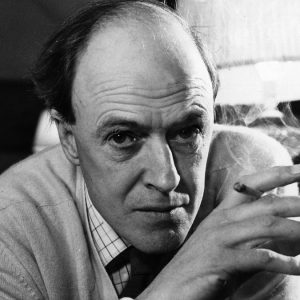 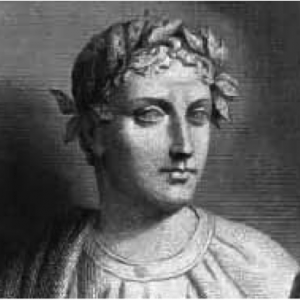 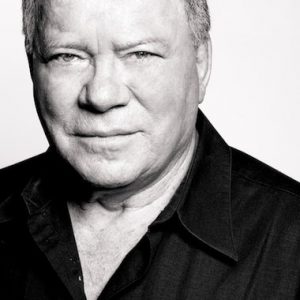 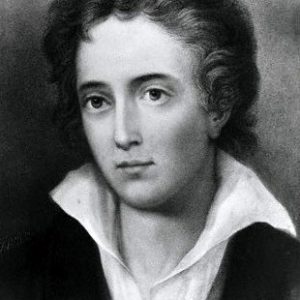 “”Garlic is as good as ten mothers for keeping the girls away.” Possibly from the Telugu people, India.

“Shallots are for babies; Onions are for men; garlic is for heroes.” Unknown

“Garlic is the catsup of intellectuals.” Unknown

“There is no such thing as a little garlic.” Arthur Baer

“He methodically basted the dark skin of the Alsatian, which he had stuffed with garlic and herbs. ‘One rule in life’, he murmured to himself. ‘If you can smell garlic, everything is all right.’” J.G. Ballard, High-Rise

“The rabble who had joined the people were overcome by greed, and the Sons of Israel began to wail again, ‘Who will give us meat to eat?’ They said, ‘Think of the fish we used to eat free in Egypt, the cucumbers, melons, leeks, onions and garlic! Here we are, wasting away, stripped of everything: there is nothing but manna for us to look at.” The Bible, Numbers 11: 4-6.

“It is not really an exaggeration to say that peace and happiness begin, geographically, where garlic is used in cooking.” X. Marcel Boulestin (1878-1943)

“There are many miracles in the world to be celebrated and, for me, garlic is the most deserving.” Felice Leonardo (Leo) Buscaglia (1924-1998)

“Garlic is divine. Few food items can taste so many distinct ways, handled correctly. Misuse of garlic is a crime…Please, treat your garlic with respect…Avoid at all costs that vile spew you see rotting in oil in screwtop jars. Too lazy to peel fresh? You don’t deserve to eat garlic.” Anthony Bourdain (Kitchen Confidential: Adventures in the Culinary Underbelly)

“Another article of cuisine that offends the bowels of unused Britons is garlic. Not uncommonly in southern climes an egg with a shell on is the only procurable animal food without garlic in it. Flatulence and looseness are the frequent results.” Dr. T. K. Chambers ‘A Manuel of Diet In Health and Disease’ (1875)

“Garlic lost some of its popularity during the 17th century: “We absolutely forbid it entrance into our Salleting [salad], by reason of its intolerable Rankness, and which made it so detested of old, that the eating of it was . . . part of the Punishment of such as had committed the horrid’st Crimes. To be sure, ’tis not for Ladies Palats, nor those who court them, farther than to permit a light touch on the Dish, with a Clove thereof.” John Evelyn (1699) ‘Acetaria’

“And there was a cut of some roast….which was borne on Pegasus-wings of garlic beyond mundane speculation.” C.S. Forester (1899-1966)

“Garlick, Allium; dry towards Excess; and tho’ both by Spaniards and Italians, and the more Southern People, familiarly eaten, with almost everything, and esteem’d of such singular Vertue to help Concoction, and thought a Charm against all Infection and Poyson (by which it has obtain’d the Name of the Country man’s Theriacle) …we absolutely forbid it entrance into our Salleting, by reason of its intolerable Rankness, and which made it so detested of old; that the eating of it was (as we read) part of the Punishment for such as had committed the horrid’st Crimes. To be sure, ’tis not for Ladies Palats. nor those who court them. farther than to permit a light touch on the dish. with a Clove thereof. much better supply’d by the gentler Roccombo combo.” John Evelyn, ‘Acetaria’ (1699)

“Oh, that miracle clove! Not only does garlic taste good, it cures baldness and tennis elbow, too.” Laurie Burrows Grad

“You’re a monster, Mr. Grinch, Your heart’s an empty hole, Your brain is full of spiders, You’ve got garlic in your soul, Mr. Grinch.” Dr. Seuss. How The Grinch Stole Christmas

“Some hours after eating this dish [lièvre à la royale, which contains 20 cloves of garlic and twice that quantity of shallots], there is a peculiar sensation of liberation in the head. and it is sensation of smell.” Patience Gray, ‘Plats du Jour’ (1957)

“When I tell my friends about the Toronto Garlic Festival, at first they don’t get it. But once they’ve entered the world of garlic there’s no going back.” Chris Laukat

“My final, considered judgment is that the hardy bulb [garlic] blesses and ennobles everything it touches – with the possible exception of ice cream and pie.” Angelo Pellegrini, ‘The Unprejudiced Palate’ (1948)

“The human body, when it freezes in eternal silence, is said to be worth about ninety-eight cents. The body of an ordinary south European, if we could devise the means for extracting the garlic from it, would be worth a bushel of gold.” Angelo Pellegrini, ‘The Unprejudiced Palate’ (1948)

“What garlic is to salad, insanity is to art.” Augustus Saint-Gaudens, ‘Reminiscences’

“Garlic used as it should be used is the soul, the divine essence, of cookery. The cook who can employ it successfully will be found to possess the delicacy of perception, the accuracy of judgment, and the dexterity of hand which go to the formation of a great artist.” Mrs. W. G. Waters in ‘The Cook’s Decameron,’ 1920

“If ever son a parent’s aged throat with impious hand has strangled, his food be garlic.” Horace (65-8 B.C.)

“Oh, better no doubt is a dinner of herbs, When season’d with love, which no rancour disturbs And sweeten’d by all that is sweetest in life Than turbot, bisque, ortolans, eaten in strife! But if, out of humour, and hungry, alone A man should sit down to dinner, each one Of the dishes which the cook chooses to spoil With a horrible mixture of garlic and oil, The chances are ten against one, I must own, He gets up as ill-tempered as when he sat down.”Edward Bulwer-Lytton (1831-1891) Lucile (1860)

“Provençal cooking is based on garlic. The air in Provence is impregnated with the aroma of garlic, which makes it very healthful to breathe. Garlic is the main seasoning in bouillabaisse and in the principal sauces of the region. A sort of mayonnaise is made with it by crushing it in oil, and this is eaten with fish and snails. The lower classes in Provence often lunch on a crust of bread sprinkled with oil and rubbed with garlic.” Alexandre Dumas (1802-1870) ‘Grand Dictionnaire de Cuisine’

“To dream that you are eating garlic denotes that you will discover hidden secrets and meet with some domestic jar. To dream that there is garlic in the house is lucky.” Richard Folkard in ‘Plant Lore’ (1884)

“He added that a Frenchman in the train had given him a great sandwich that so stank of garlic that he had been inclined to throw it at the fellow’s head.” Ford Madox Ford. ‘Provence’ (1935)

“And more than all, how many of us have dined at the Réserve at Marseille, that famous restaurant on the Mediterranean shore, where the brothers Roubion have acquired immortal fame? There is but one word in English which describes the sensation of the traveller who eats there for the first time — that word is revelation. New truths seem to be imparted to you as you swallow, new objects and new theories of life seem to float around you. Strange ideas come to you across the sea: and when it all is over, when with a calm-bringing cigar, your legs stretched out, you silently digest and think, with the Chateau d’If and the flickering waves before you in the moonlight. you gratefully thank Providence for having led you there. All this is the effect of garlic, which works upon you like haschisch.” ‘French Home Life’ (1873)

“No cook who has attained mastery over her craft ever apologizes for the presence of garlic in her productions.” Ruth Gottfried, ‘The Questing Cook’ (1927)

“I have read in one of the Marseille newspapers that if certain people find aioli indigestible, it is simply because too little garlic has been included in its confection, a minimum of four cloves per person being necessary.” Richard Olney, ‘Simple French Food’ (1974)

“Do not eat garlic or onions; for their smell will reveal that you are a peasant.” Cervantes, Don Quixote

“Garlic is perhaps the most controversial addition to food…as our guests have sometimes been obviously relishing and unawarely eating food with garlic in it — while inveighing loudly against it.” Irma S. Rombauer and Marion Rombauer Becker, The Joy of Cooking (1963)

“Upon arriving home, before both feet were in the door, my wife could smell the garlic. ‘You’ve been to Carman’s (Restaurant)’, she’d call out.” Harry Rosen (from Ontario Garlic: The Story from Farm to Festival, 2015)

“Hatred, for the man who is not engaged in it, is a little like the odor of garlic for one who hasn’t eaten any.” Jean Rostand

“Since garlic then hath powers to save from death, Bear with it though it makes unsavory breath.” Salerno Regimen of Health (12th century)

“Stop and smell the garlic! That’s all you have to do.” William Shatner

“Garlics, tho’ used by the French. are better adapted to the uses of medicine than cookery.” Amelia Simmons. ‘American Cookery’ (1796)

“The food in such places is so tasteless because the members associate spices and garlic with just the sort of people they’re trying to keep out.” Calvin Trillin

“Of the many smells of Athens two seem to me the most characteristic – that of garlic, bold and deadly like acetylene gas. and that of dust, soft and warm and caressing like tweed.” Evelyn Waugh. ‘When the Going was Good’ (1946)

“Much more of Garlick would be used for its wholesomeness, were it not for the offensive smell it gives to the by-Standers.” John Woolridge, ‘The Art of Gardening’ (1688)

“A little garlic, judiciously used, won’t seriously affect your social life and will tone up more dull dishes than any commodity discovered to date.” Alexander Wright, ‘How to Live Without a Woman’ (1937)

“There are two Italies…. The one is the most sublime and lovely contemplation that can be conceived by the imagination of man; the other is the most degraded, disgusting, and odious. What do you think? Young women of rank actually eat — you will never guess what — garlick! Our poor friend Lord Byron is quite corrupted by living among these people, and in fact, is going on in a way not worthy of him.” Percy Bysshe Shelley, in a letter from Naples (22 December 1818)

“A nickel will get you on the subway, but garlic will get you a seat.” New York expression (Yiddish or Jewish?)