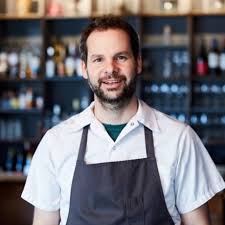 Chef Cournoyer’s pursuit of excellence and respect for the relation of soil to cooking flavour dates back  to his first cooking job at a casual family restaurant in Ontario. After high school he made the leap to formal cuisine followed with travel to sharpen his taste for simple, flavourful, thoughtful food. In 2000, he returned to Canada, and spent a combined four years under chef Susur Lee, finding his place among the city’s young and dynamic chef community. All this experience has culminated in Justin’s ultimate destination – Actinolite – a restaurant of his own that he had envisioned from the time he was 18 years old and named after the logging community in Eastern Ontario where he grew up.