Ontario Garlic: The Story from Farm to Festival 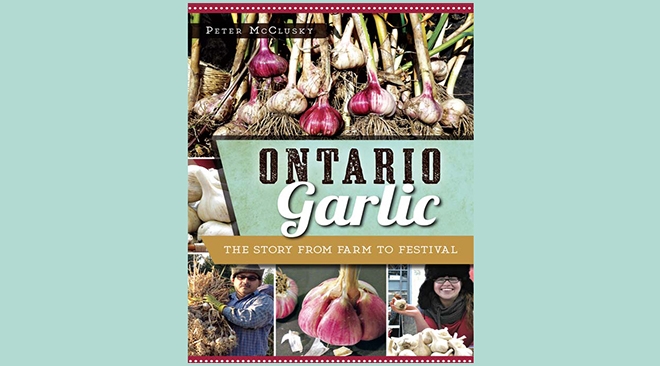 The taste of Ontario garlic is as rich and varied as its history. Used mainly for medicinal purposes in the nineteenth century, people turned up their noses at the aromatic bulb as it became associated with new immigrants. The once acceptable ingredient became undesirable in church and school–kids who smelled of garlic were sent home. Pioneering chefs, farmers and a wave of cultural diversity have brought the zesty allium into the mainstream, making it a gourmand’s go-to spice. Toronto Garlic Festival founder Peter McClusky serves up garlic’s long journey from central Asia to its now-revered place in the hearts and dishes of Ontarians. Growing tips and forty recipes bring Ontario garlic from farm to festival to feast.
Available in bookstores and online through Indigo or Amazon.