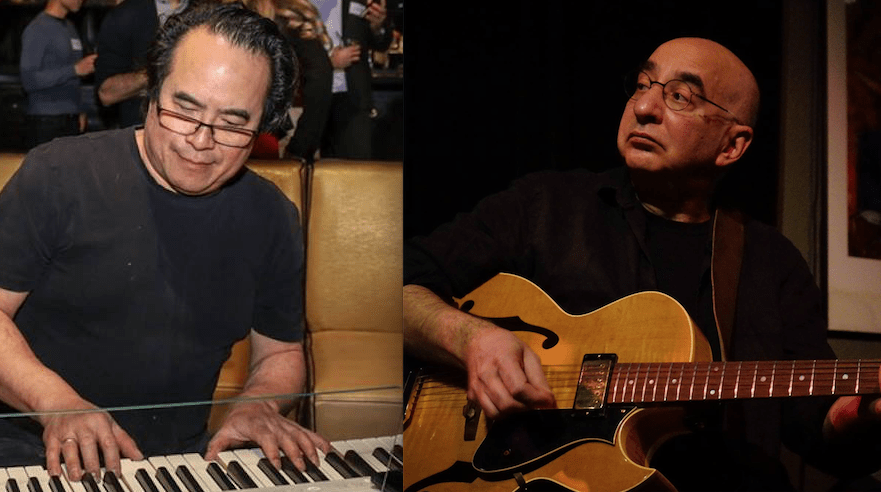 Born in Toronto and schooled at the Berklee College of Music in Boston, Donald Quan was the recipient of the Joe Venuti scholarship for stringed instrument performance. After Quan left college, he ventured into pop/rock music with the Canadian rock band Lighthouse and played with them for three years.

In 1988 Quan joined the Canadian rock group Eye Eye as a keyboardist and violist. He also performed as a multi-instrumentalist with the performance artist Meryn Cadell, the celtic-rock band Enter the Haggis, alt-rock band Cliché Verre and Juno nominated Afro-Canadian pop ensemble Kaleefah. Quan has been a long-time band member of Canadian singer Loreena McKennitt and has assisted in the production of several studio albums and recordings including the acclaimed The Book of Secrets.

Quan collapsed on Saturday, August 8, 2009 playing keyboards with Derek Miller in Kitchener, Ontario for the Kitchener Bluesfest when he collapsed onstage. He was later said to be in stable condition. Since 2007 Donald Quan’s music shop of musical instrument curiosities MUSIDEUM has become known as a premiere concert venue for all genres of music from all over the world. Quan’s film music company Q Music Inc. has provided music services to hundreds of television, film, radio and multi-media productions including the popular television shows Relic Hunter (starring Tia Carrere for Fireworks Entertainment), Mutant X (Tribune Entertainment), Tracker (starring Adrian Paul for Lions Gate), Starhunter, and The War Next Door, the notable Aboriginal TV drama Moccasin Flats as well as feature films Expecting, and Eve. Other notable projects include scoring the four-part documentary China Rises for CBC, one of the first HD-TV projects for the network. Quan is also responsible for the well recognized world music-tinged theme for CBC Radio’s Metro Morning.
Music style

Donald Quan is especially well known for his diverse work in the area of contemporary World Music. The Q Music studios house an instrument collection of over 400 indigenous instruments from 6 continents. His CDs Tear of the Sun (with Ron Korb) and Invocata (recorded at Real World Studios) have garnered acclaim worldwide. Quan has toured China and Japan with longtime collaborators Ron Korb and George Gao playing music dubbed New Chinese Jazz, a blend of jazz improvisation and traditional Chinese melodies.

Aboriginal music has always been a passion of Donald Quan and he has contributed greatly to the Canadian Aboriginal music scene. He has collaborated with theatrical company Red Sky Performance, Santee Smith, Kahawii Dance Theatre, created theme music for APTN and has composed numerous film scores for Big Soul Productions including the series By The Rapids and Moccasin Flats, for which he was nominated for a Gemini award for “Best score in a dramatic series”. He has worked intimately with Aboriginal recording artists for 10 years as musical director for the annual Canadian Aboriginal Music Awards. He has been a full-time member of the Derek Miller Band and has recently taught a course on film music composition on Manatoulin island as part of the Weengushk organization. As acknowledgement for his contributions, Quan was honoured in 2007 with the Music Industry Award at the 9th annual Canadian Aboriginal Music Awards.

Bob Cohen is a Toronto-based guitarist known for his Montreal studio work over the past 40 years. notable credits include stints with Jesse Winchester and the National Film Board as well as hundreds of national jingles and soundtracks.