Culture Talks in the Speakers’ Corner: #AMA (Ask Me Anything) about Garlic and Cinema with Daniel Garber (3:00-3:25) 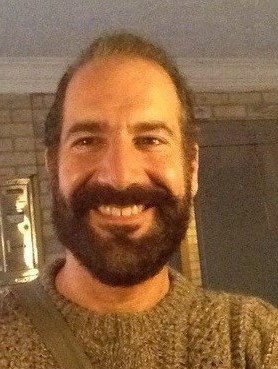 How cinema, food and garlic transformed the mind of film critic, CIUT 89.5 radio host and founder of Culturemining.com Daniel Garber. Not unlike the filmmakers and directors that he admires, Daniel is a great storyteller and when we invited him to join our Culture Talks series at Speakers Corner this year, Daniel intuitively used several food and cinema references in his acceptance. Everyone has a garlic story and cinophile and foodie Daniel Garber will share his, ask about yours, and present some interesting dinner party conversation starters like: *while filming Hunger Games, Jennifer Lawrence ate garlic before her kissing scenes with co-star Liam Hemsworth*

Daniel Garber is a Toronto writer, book editor and film critic. He reviews movies and interviews filmmakers each Friday morning on Daniel Garber at the Movies on CIUT 89.5 FM and on culturalmining.com…talking about high-brow and low-brow films, indie, cult, foreign, festival, doc and mainstream, bringing you movies with good taste, movies that taste good, and how to tell the difference.“Once you hear Daniel Garber talk about garlic in films you won’t stop noticing garlic in films!” Twitter: @culturalmining