Culture Talks in the Speakers’ Corner: Bee-ing Connected Through Garlic with Brian Hamlin (11:00-11:25) 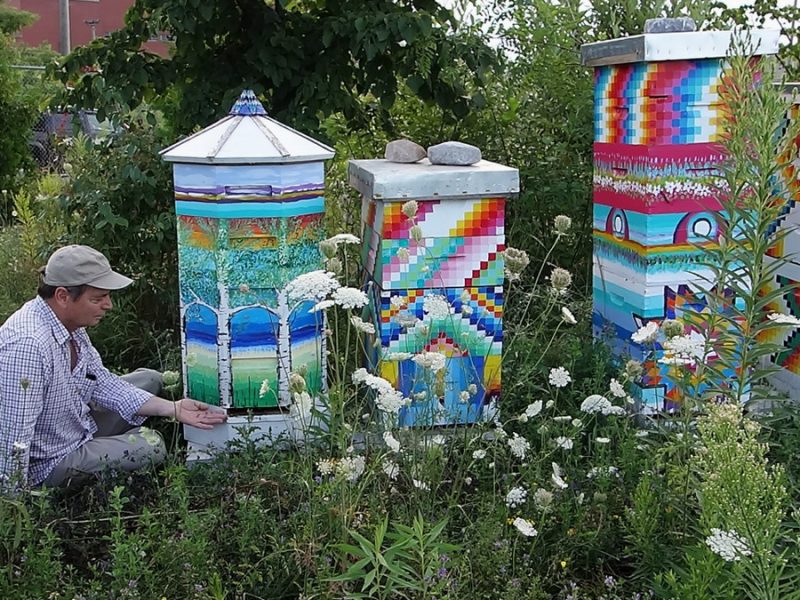 Beekeeper Brian Hamlin takes you on a journey through the history of bee keeping from ancient times to the present day. He discusses the importance of bees for pollination and food security and shares his recipe for making garlic honey.

Brian was raised near Peterborough, Ontario in a farming community where ancestors had settled in the 1830’s. His grandmother’s brother kept honeybees, so as a young child he heard stories about bees and beekeeping. When he was 20 years old, Brian traveled to Mexico and Central America. He noticed beekeeping in the Nahautl, Zapotec, Mixtec and Mayan communities. Hives were brightly coloured and kept near the communities.

Back in Canada, he was mentored by a few beekeepers and started his first two hives in 1975 while living in the Ottawa Valley woodlands. In 2004, Brian started hives at Georgina Island First Nation on Lake Simcoe, and in 2005, installed hives on the Toronto Islands.

In 2009, Brian installed hives at the Toronto Portlands Energy Centre near the Leslie Spit. He also started a rooftop apiary at the University of Toronto’s New College (on Spadina Ave.). The UofT apiary was a great connector, the students formed a club and started hives on Trinity College rooftop the following year. They now have two other rooftops apiaries on the downtown campus. Then in 2010, an apiary was added to a rooftop on the Scarborough UofT campus which helped kick start their campus farmers market.

The Urban Toronto Beekeepers Association sprung up in early 2013 and through that, Brian has been able to co-host urban apiary visits and help develope awareness of the Toronto beekeeping community and the possibilities of making a difference. He also installed apiaries in a variety of locations in the Peterborough and Rice Lake area on two organic farms, including an organic lavender nursery. In 2014, he started a rooftop apiary at Seneca College Newnham Campus and at Lang Pioneer Village near the North Shore of Rice Lake.