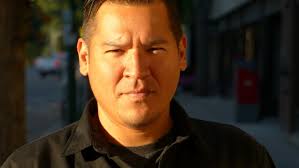 Posted at 22:39h in Uncategorized by admin
0 Likes

“There’s nothing wrong with bannock, I think for the most part bannock has this kind of pre-conceived notion that it is Aboriginal cuisine,” said Chef Rich Francis during an interview with CBC Radio’s Saskatoon Morning. “When the colonial era happened, we were given rations  and that’s where the bannock came from.”  Chef Francis has traveled to Indigenous communities across Canada to learn how food was prepared in the millennia before Europeans stepped foot on the continent. He has discovered recipes that don’t exist in colonial history books, interpreting them in new and interesting ways. He’ll share some of what he has learned in his talk and demo at the Toronto Garlic Festival.

Since 2010, Rich Francis has been working to raise the profile of modern indigenous cuisine. A member of the Tetlit Gwich’in & Tuscarora Nations; born to his Gwich’in father and Haudenosaunee mother, originally from Fort McPherson, N.W.T. and now living in Saskatoon, Saskatchewan, Rich currently operates his catering business and is looking forward to opening his restaurant, Seventh Fire.  “We use traditional commodities, new cooking techniques and implement them in new ways, suited to our times but never abandoning our vision of benefiting Aboriginal gastronomy as a whole.”