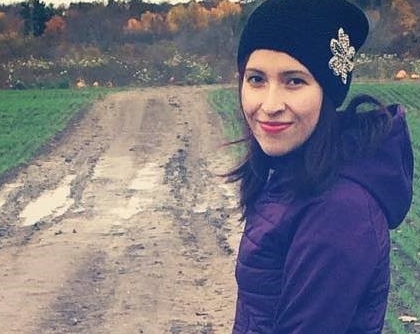 Suyin Olguin returns with more fascinating information about the exploration of how the history of food and nineteenth-century nutritional science gives a compelling look at the medical, folkloric, and material roots of garlic from which Bram Stoker drew his inspiration for his novel, Dracula (1897). The enduring feud between garlic and vampires that continues to influence vampire figures in Western literature and culture is indeed indebted to Stoker’s allusions to garlic’s most valuable elements (including its pungent smell). Renowned for its medicinal and nutritional properties, garlic has had a long-lasting medicinal, dietary, and culinary history. A power food rich in amino acids and glucosides that not only provides fuel for the body, but also reduces blood pressure and cholesterol. In addition to its dietary benefits, the antiseptic qualities of this vegetable offer an invaluable method to prevent the spread of disease. That its status as both food and remedy facilitated garlic’s infiltration into the popular imagination is clearly illustrated in vampire literature and folklore. As Agnes Murgoci records, in Russia, Roumania, and the Balkan States the “most primitive of the vampire belief was that all departed spirits wished evil to those left, and that special means had to be taken [including the stake through the heart and the stuffing of the mouth with garlic] to prevent their return” (The Vampire in Roumania,1926). Other popular stories also recorded by Murgoci mention garlic and millet as useful to hold off all kinds of evil spirits; and, that a man who did not eat garlic was likely to be a vampire. It is not clear in these accounts, however, what exactly made garlic so abhorrent to a vampire. In other words, what exactly makes garlic one of the most powerful and lasting tools to fend off vampirism?

Suyin is a doctoral candidate in English Literature at Queen’s University, Kingston. She completed her MA in Études Anglaises at Université de Montreal and her BA (Hons.) in English Literature at Bishop’s University. Her research is funded by a Social Sciences and Humanities Research Council (SSHRC) Doctoral Fellowship. She studies food, nutritional science, and masculinity in Victorian literature. In 2018, Suyin was a Teaching Fellow in the Department of English at Queen’s University and she taught a half-year lecture course in Children’s Literature, which focused on the “school story” and changing perspectives on childhood. She is author of “Feasting and Bonding like a Man: Tom Brown‘s Consumption of the English Masculine Ideal” in Nineteenth-Century Gender Studies (2017) and co-author of “Consuming Appetites and the Modern Vampire” in Revenant (2015) and “A Very Victorian Feast: Food and the Importance of Consumption in Modern Adaptations of Dracula” in The Journal of Dracula Studies (2013).

When she is not reading about food history, she enjoys wine tasting, playing the piano, and spoiling her two, long-haired cats, Cookie and Franny.