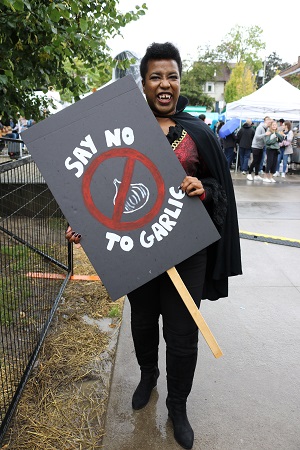 A persistent belief is the power of garlic is to ward off vampires. Probably the most popular theory of the origin of the vampire is the disease porphyria, a term for several diseases which are all caused by irregularities in the production of heme, a chemical in blood. Some forms of this disease cause sufferers to be sensitive to light and leads to disfigurement of the skin, including erosion of the lips and gums. These factors could have led to the corpse-like, fanged appearance that we associate with vampires and their dislike of sunlight. Interestingly, people who suffer from porphyria also have an intolerance to foods that have a high sulphur content…such as garlic.