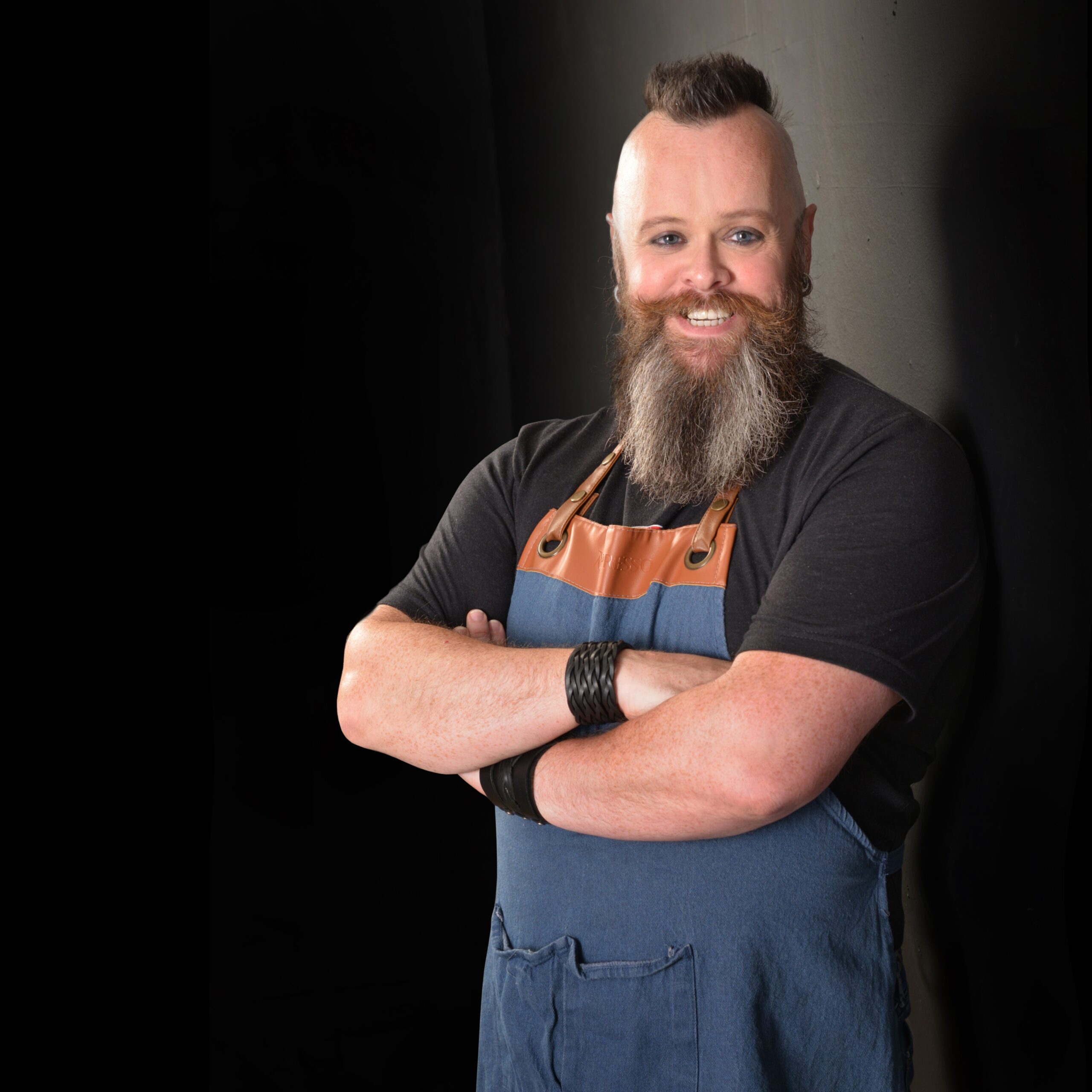 Award-winning Irish baker (now residing in Canada), chocolate aficionado and LGBTQ+ father of two, Gavan Knox is the only competitor from Eastern Canada to appear on the third season of Food Network Canada’s The Great Chocolate Showdown — and made it all the way to the semi-finals. Knox is known for his unexpected flavour combinations – from his Black Garlic Ice Cream Sandwich recipe to his Chocolate Vinegar Cake. His baking philosophy is to always create a talking point using unexpected ingredients and flavours.

Although Knox always loved experimenting in the kitchen, his love of baking and confectionery really blossomed in 2014, when he decided to leave his job as a building specification writer to raise his children. His technical background allows him to examine and deconstruct recipes to think about what ingredients or methods could be substituted to add extra layers of interest, creating unique and delicious combinations.

Knox has been featured as an on-air baking expert by CP24 and CTV Calgary making his delicious Earl Grey and Lemon Shortbread, CTV Your Morning making his Chocolate Vinegar Cake, CHCH making his 2 Ingredient Chocolate Soufflé and more. Most recently Gavan has been featured on The Social showcasing a range of savoury ice-cream flavours, and appeared on The Marilyn Denis Show Pride Special, competing in, and judged as winner, of the “Loud ‘N’ Proud Bake Off. He has also been interviewed by Dahlia Kurtz on Sirius XM and the Kelly Kutrara Show on Global News Radio 640. In the UK, Knox was featured as an on-air expert by The Great British Bake Off’s Mel & Sue with his limoncello frosted blueberry, black garlic and coriander seed cupcakes. He has been a contributor to The Guardian, Delicious Magazine, Gay Times, and Attitude and has worked on recipe collaborations with Station Cold Brew Coffee Co., Hope & Greenwood and has co-created Beary Cherry Sour beer with Toronto’s Indigenous-owned Red Tape Brewery.

Black Garlic Ice Cream
Black garlic is fresh raw garlic that changes with time using low heat and humidity of about 70% in a
process called the Maillard reaction. During this process, the cloves turn a distinct black color.
The garlic’s texture and flavor change as well. The flavor of black garlic has the slight tang of tamarind or
balsamic vinegar and a mild sweetness that resembles rich molasses with the complexity and umami
notes of soy sauce. Its cloves are much softer than fresh garlic, and stickier. They are almost like candy gummies

No churn ice cream- great short cut if you don’t have machine. Condensed milk is used for 2 reasons: First, sweetened condensed milk has a high sugar content. Sugar lowers the freezing point which helps keep the ice cream from becoming rock hard. Second, the milk has been cooked down to reduce the amount of water that could otherwise lead to the formation of ice crystals. Whipping the cream incorporates air and lightness in the same way that a churning maker does. The result is a creamy, velvety smooth ice cream.

Method
Black Garlic Ice Cream
1. In a large saucepan combine 2 cups of heavy whipping cream and the black garlic paste
2. Heat over a medium heat, stirring occasionally until small bubbles start to form at the edge of
the milk
3. Reduce heat to low for 5 mins
4. After 5 mins remove from heat and leave to infuse for 15 mins. After this time strain the cream/
garlic mixture into a small bowl to remove the garlic pieces
5. Cover surface with plastic wrap to prevent skin and place in refrigerator to cool fully
6. Once the cream mixture has cooled fully, transfer to a large bowl, add in the 1/2 cup of
whipping cream and whisk to soft peak stage
7. Fold in honey and condensed sweetened milk until fully incorporated
8. Pour the mixture into a freezer-proof container, cover the surface with plastic wrap and freeze
for 2 hours
9. After 2 hours, remove ice cream from freezer and fold in chocolate chunks
10. Return to freezer and leave until fully frozen, minimum 6 hours
11. To serve ice-cream remove from freezer and leave at room temperature for 5 mins before
scooping to serve